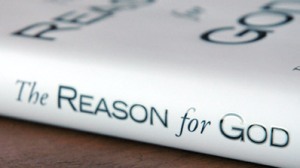 We often use a special jargon that some of us, as Christians, are “believers” while others are not. While that is true, in a sense, when talking about a belief in Jesus Christ, the truth is that we all hold to some kind of beliefs. Tim Keller, in his excellent book “The Reason for God: Belief in an Age of Skepticism,” explains:

Some say [religion] is a form of belief in God. But that would not fit Zen Buddhism, which does not really believe in God at all. Some say it is belief in the supernatural. But that does not fit Hinduism, which does not believe in a supernatural realm beyond the material world, but only a spiritual reality within the empirical. What is religion then? It is a set of beliefs that explain what life is all about, who we are, and the most important things that human beings should spend their time doing. For example, some think that this material world is all there is, that we are here by accident and when we die we just rot, and therefore the important thing is to choose to do what makes you happy and not let others impose their beliefs on you. Notice that though this is not an explicit, “organized” religion, it contains a master narrative, an account about the meaning of life along with a recommendation for how to live based on that account of things.

Some call this a “worldview” while others call it a “narrative identity.” In either case it is a set of faith-assumptions about the nature of things. It is an implicit religion. Broadly understood, faith in some view of the world and human nature informs everyone’s life. Everyone lives and operates out of some narrative identity, whether it is thought out and reflected upon or not. All who say “You ought to do this” or “You shouldn’t do that” reason out of such an implicit moral and religious position. Pragmatists say that we should leave our deeper worldviews behind and find consensus about “what works”– but our view of what works is determined by (to use a Wendell Berry title) what we think people are for. Any picture of happy human life that “works” is necessarily informed by deep-seated beliefs about the purpose of human life. Even the most secular pragmatists come to the table with deep commitments and narrative accounts of what it means to be human (The Reason for God: Belief in an Age of Skepticism, 15,16).

Tim Keller explains why he wrote “The Reason for God: Belief in an Age of Skepticism”