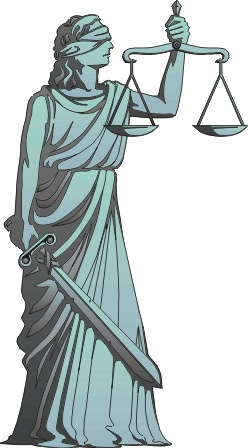 That President Obama has made “empathy” with certain groups one of his criteria for choosing a Supreme Court nominee is a dangerous sign of how much farther the Supreme Court may be pushed away from the rule of law and toward even more arbitrary judicial edicts to advance the agenda of the Left and set it in legal concrete, immune from the democratic process.

Would you want to go into court to appear before a judge with “empathy” for groups A, B, and C, if you were a member of groups X, Y, or Z? Nothing could be farther from the rule of law. That would be bad news, even in a traffic court, much less in a court that has the last word on your rights under the Constitution of the United States.

Appoint enough Supreme Court justices with “empathy” for particular groups and you would have, for all practical purposes, repealed the 14th Amendment, which guarantees “equal protection of the laws” for all Americans.

We would have entered a strange new world, where everybody is equal but some are more equal than others. The very idea of the rule of law becomes meaningless when it is replaced by the empathies of judges.

Barack Obama solves this contradiction, as he solves so many other problems, with rhetoric. If you believe in the rule of law, he will say the words “rule of law.” And if you are willing to buy it, he will keep on selling it.

Those people who just accept soothing words from politicians they like are gambling with the future of a nation. If you were German, would you be in favor of a law “to relieve the distress of the German people and nation”? That was the law that gave Hitler dictatorial power.

He was just another German chancellor at the time. He was not elected on a platform of war, dictatorship, or genocide. He got the power to do those things because of a law “to relieve the distress of the German people.”

When you buy words, you had better know what you are buying.