What is The Recession For?

We want you to know, brothers, about the grace of God that has been given among the churches of Macedonia, for in a severe test of affliction, their abundance of joy and their extreme poverty have overflowed in a wealth of generosity on their part. 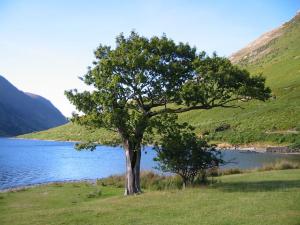 This is from John Samson at Reformation Theology and it is great to think about:

Harry Ironside, the Bible teacher, told a story of a visit to Palestine years ago by a man named Joseph Flacks. He had an opportunity to address a gathering of Jews and Arabs and took for the subject of his address the first psalm. He read it and then asked the question: “who is this blessed man of whom the psalmist speaks? This man never walked in the counsel of the wicked or stood in the way of sinners or sat in the seat of mockers. He was an absolutely sinless man.”

Nobody spoke. So Flacks said, “Was he our great father Abraham?”

One old man said, “No, it cannot be Abraham. He denied his wife and told a lie about her.”

“Well, how about the lawgiver Moses?”

“No,” someone said. “It cannot be Moses. He killed a man, and he lost his temper by the waters of Meribah.”

Flacks suggested David. It was not David.

There was silence for a while. Then an elderly Jew arose and said, “My brothers, I have a little book here; it is called the New Testament. I have been reading it; and if I could believe this book, if I could be sure that it is true, I would say that the man of the first Psalm was Jesus of Nazareth.”

Eric Costa writes, “Literally speaking, there is only one person who thoroughly fulfills Psalm 1, whose delight is fully in the law of the LORD, who never walked in the counsel of the wicked, whose works always prosper, who is in himself “the way, the truth and the life” of the righteous. This is encouraging, because if I look at Psalm 1, then look just at myself, then look back and forth a few more times, I begin to wonder whether I can truly consider myself among the congregation of the righteous. But if I look to Jesus Christ with faith as the one who fulfilled Psalm 1 for me, then in him I have the full assurance of the benefits mentioned in the Psalm.”

I look at my life and consider the guilty charge rightly pronounced upon me for my sin. I have no claim to be the blessed man of Psalm 1. Then I see One who fulfilled Psalm 1, the blessed Man, Jesus Christ, who loved His God with all His heart, soul, mind and strength. At the cross, the guilt due to me for violating God’s law and not delighting in it… it all fell upon Him, He was punished in my place, and He was made to be the curse so that I might receive the blessing (Gal 3: 13, 14).

4 Now to the one who works, his wage is not credited as a favor, but as what is due. 5 But to the one who does not work, but believes in Him who justifies the ungodly, his faith is credited as righteousness, 6 just as David also speaks of the blessing on the man to whom God credits righteousness apart from works: 7 “BLESSED ARE THOSE WHOSE LAWLESS DEEDS HAVE BEEN FORGIVEN, AND WHOSE SINS HAVE BEEN COVERED. 8 “BLESSED IS THE MAN WHOSE SIN THE LORD WILL NOT TAKE INTO ACCOUNT.” 9 Is this blessing then on the circumcised, or on the uncircumcised also? For we say, “FAITH WAS CREDITED TO ABRAHAM AS RIGHTEOUSNESS.”

God the Father picked us out and planted us as His trees; Jesus the Savior bore our sin in His body on the tree (1 Peter 2: 24), our guilt was transferred to Him, and His righteousness – the righteousness of One who has fulfilled this Psalm and every other thing God has ever demanded – was imputed or transferred to us (2 Cor 5:21). This alone is our rejoicing before God. It is all by His doing that we are now in Christ Jesus.

The blessed man (Christ), has made me a blessed man.. and I will dwell in the house of the Lord forever.

This is just a part of a great essay on Psalm 1, which is well worth your time to read.