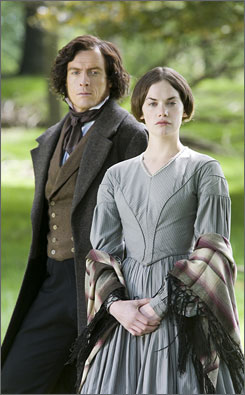 This is something I thought I’d pass along. My wife and daughter, faithful followers of Jane Austen adaptations and all things romantic and such, were captivated by a recent viewing of Charlotte Bronte’s “Jane Eyre.” Well, actually it was just half of it. One of the discs of the two-disc set was missing.

Of course, this wasn’t satisfying to them so they managed to find the remaining episodes on YouTube. After this, to please the cravings of the women in my house, I went to iTunes to see if I could find the movie. While that was unsuccessful, I did manage to find something that could turn out to be quite a deal. An unabridged version published just last year is being offered for $1.95 at the iTunes Store. Considering that most titles are usually around $10-$15, this is quite a bargain. There are also titles from Jane Austen and Bram Stoker being offered at the $1.95 rate.